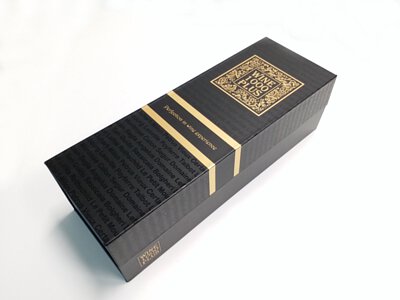 Bottled in July 2018, it is deep garnet-purple colored and starts off a little closed and reticent, opening out slowly and seductively to reveal beautiful lilacs, rose hip tea, crushed stones and camphor nuances over a core of crème de cassis, kirsch, wild blueberries and mocha plus wafts of incense and wood smoke. The palate is simply electric, charged with an energy and depth of flavors that seem to defy the elegance and ethereal nature of its medium-bodied weight, featuring super ripe, densely pixelated tannins that firmly frame the myriad of fruit and floral sparks, finishing with epic length. Just. Magic.
Neal Martin - vinous.com (August 2020)

In my last sighted review of the 2016 Cos d’Estournel, I wrote: "I suspect it will close down for a period in its youth." Perhaps it is already beginning to shut down, because though this wine was deeply impressive, it fell just a notch short of ethereal previous bottles, despite its "pixelated black fruit" on the nose and "sublime balance" on the palate. I tasted the wine twice thereafter, though this time with a 4-6 hour decant, and this revealed the Cos d'Estournel that has amazed since I first tasted it out of barrel.

This is muscular yet so well defined and toned. Full-bodied with deep and dense fruit on the palate, yet powerful and rich at the same time. So much sandalwood and blackberry character. Chewy and rich at the finish. This is a warm and generous wine, but the alcohol is just over 13 degrees. Not that high. Love the finish. Extravagant. Magical.